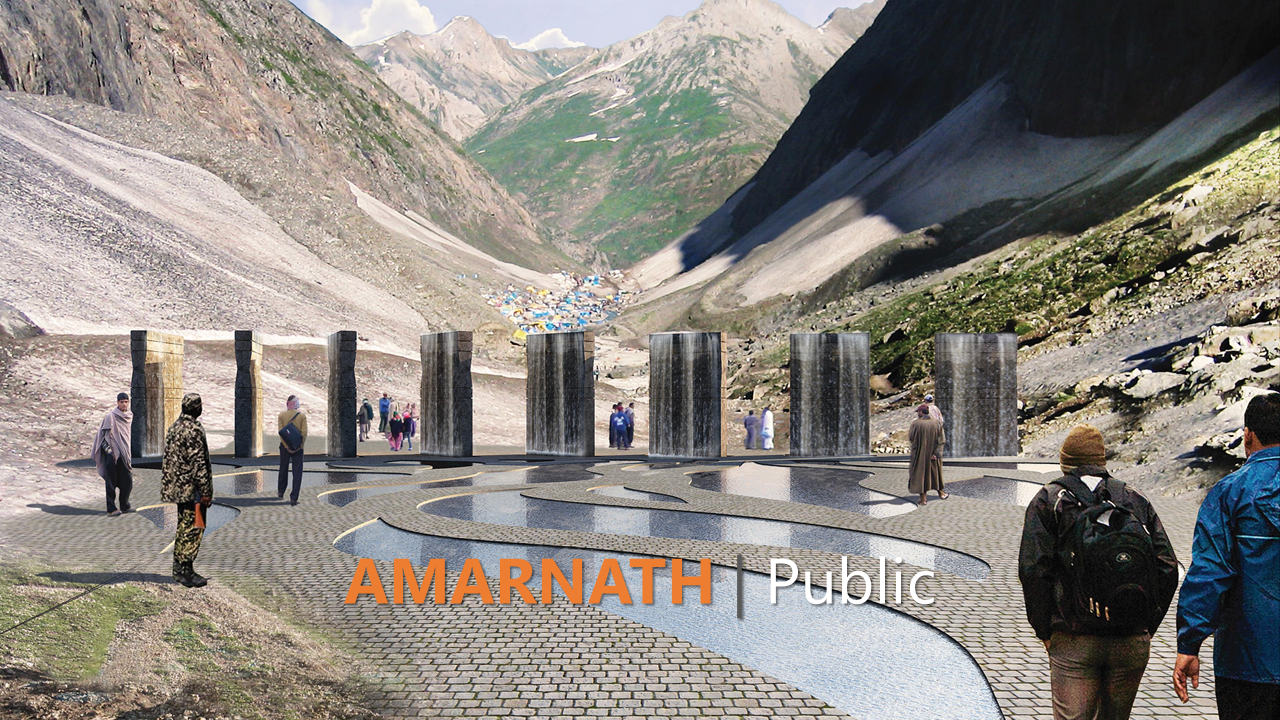 We bring you the seventh of a 14-part series of extract from the Morphogenesis Monograph, to give you a peek into the mindspace of one of India’s best recognized, sustainable design practices.

“Amarnath is one of the most important pilgrimage shrines in India and is located in the upper Himalayas at an altitude of 4267 metres (14,000 feet). It is in a cave where an ice shivling (an abstract representation of the Hindu deity ‘Shiva’) is formed for three to four months a year during which the yatra (pilgrimage) takes place. For the rest of the year, the shrine is covered in snow. The design scope for this project involved the redevelopment of the base camp, design of a dwar (a symbolic gateway) to mark the culmination of the yatra and limited overnight accommodation.

The base camp area is programmatically planned to accommodate 5000 pilgrims and allied infrastructure facilities. The campsite is at Baltal, which falls within an environmental protection zone in an avalanche prone location. The treacherous approach to the site adds the complexity of transporting material along thin rocky terrain, accessible only on foot or on the back of mules. Weather constraints allow only a three-month window to construct. The firm’s approach to the design was to try and carry nothing but construction tools to the site.

The idea was to have rock and water from the nearby Amravati River as the only materials in the design. Tunneling techniques inspire the design of individual units for accommodation. They are protected against seismic and avalanche activity and provide some thermal protection from the elements.

The eight monoliths designed as the dwar to the Amarnath shrine were derived from two fundamental elements of life: Water as an analogy to the divine journey and Earth as the source of architectural form.

The rock removed for the accommodation was to form these pillars, symbolically orientated along the eight cardinal and inter-cardinal directions. Each monolith catches the sunlight in a specific way through the year adding to the sensory experience.

Frugality of materials and a sustainable solution using the principles of reduce, reuse and recycle form the essence of Morphogenesis’ proposal, which aims to preserve the sanctity of the place and enrich the spiritual pilgrimage experience.”