By Aakanksha Mehta
Back to Blog

While picturesque English gardens with tea houses and pavilions and ‘eye catcher’ French Gardens have become more popular with Western World as discussed in the previous blogs, most folks also devote all or part of their backyards to this style of landscaping.

Japanese gardens are traditional gardens that create miniature idealized landscapes, often in a highly abstract and stylized way.[1] These gardens were designed for recreation and aesthetic pleasure, of the Emperors and nobles. When we enter a Japanese garden, the desired effect is to realize a sense of peace, harmony, and tranquillity and to experience the feeling of being a part of nature.[1] By the Edo period, the Japanese garden had its own distinct appearance. Since the end of the 19th century, Japanese gardens have also been adapted to Western settings.[1]

Japanese gardens are not laid on straight axes, or with a single feature dominating the view.[3] Buildings and garden features are usually placed to be seen from a diagonal, or in a mysterious, hidden view and are carefully composed into scenes that contrast right angles, such as buildings with natural features, and vertical features, such as rocks, bamboo or trees, with horizontal features, such as water.

Japanese Garden has certain design elements dividing these gardens into five distinct garden styles, which we will discuss in the next blog; here we will talk about the garden elements.

Garden elements in a Japanese garden

Since ancient times, stones have played an important role in Japanese culture. [2] Sand and gravel were used around Shinto shrines and Buddhist temples before, while the stones were worshipped. Now these elements symbolize mountains and hills, set decorative accents and serve as the building material for bridges and pathways.[2]

The Japanese have always had a spiritual connection with their land and the spirits that are on with nature, which is why they prefer to incorporate the natural materials in their gardens. [6]

The ability to capture the essence of nature makes the Japanese gardens distinctive and appealing to observers. [3]  The garden style always have water, either a pondor stream, or in dry rock garden, represented by White sand. In Buddhist Symbolism, water and stone are the yin and yang of the gardens.

An irregular shaped pond complements a traditional garden, while in a larger gardens, two or more ponds connected by a channel or a stream . A cascade, or small islands representing Mount Penglai or Mount Horai, their traditional home of the Eight immortals are also present. The use of fish, particularly nishiki-goi (colored carp), or goldfish as a decorative element in gardens was borrowed from the Chinese garden. Goldfish were developed in China more than a thousand years ago by selectively breeding Prussian carp for color mutations.[2]

Islands range in size from single stone outcropping to large islands big enough to support buildings. They often represent symbols of longevity and health , or Horai, a sacred mystical mountain .[6]

Bridges are another common feature built of stone or wood, and range in complexity from a imple slab of uncut rock laid across a stream to elaborate, covered wooden structures that span more than ten metres.[2]

The origin for stone lanterns date back to the Nara period and Heian Period, where they lined the paths and used to be at Shinto shrines, But in later gradens they were purely used for decoration.  [2]. They are usually made of stone and placed at the ends of peninsulas or on islands, where they provide both light and a pleasing aesthetic. Lanterns are often paired with Water basins , which are used for ritual cleansing, especially ahead of tea ceremonies. [6]

The basins vary from simple curves in uncut stone creations to elaborate carved depressions, and are provided with a bamboo dipper for scooping up water. [9]

Plants, Trees, lawns , shrubs and flowers are carefully arranged around the gardens to imitate nature, and great efforts are taken to maintain their beauty. Delicate mosses swept clean of debris, and lawns are meticulously manicured. Trees are chosen to either hide undesirable sights, to serve as a backdrop to certain garden features or to create a picturesque scene, like a postcard.

The trees are carefully trimmed to provide attractive scenes abd to [revent them blocking the other views from the garden. Some plants like Lotus,sacred for Buddhist teachings, or the pipne, which represents longevity are more chosen for their religios symbolism. 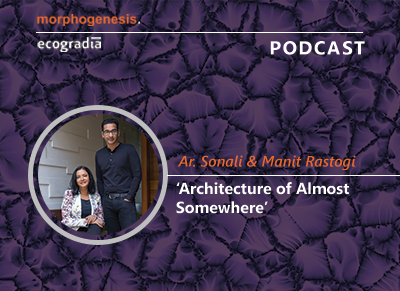